Happy Monday! It’s hard to believe that just 3 weeks ago, we were waking up in San Antonio for the last time! Well, on this trip at least, because we’ll definitely be going back! Who knows, we may even live here in the future. A friend of mine sent me a webpage showcasing some of the amazing homes that are available in this wonderful city. See for yourself at https://sanantonio.magnoliarealty.com/. It is not hard to work out why so many people move to this city when there is such fantastic real estate at a wide range of prices.

I think my favorite part about visiting two cities was really seeing just how varied the people of Texas are! Austin and San Antonio are just so different that it can be easy to forget that they are in the same state, but then you catch a little (or a lot) of the quintessential Texas pride and you remember pretty quickly.

Whereas Austin is very much the capitol city and a college town, San Antonio has a much older feel to it. It’s a little less glitzy than Austin, but when you think about all the history that took place there, it’s hard not to fall in love with it as well. 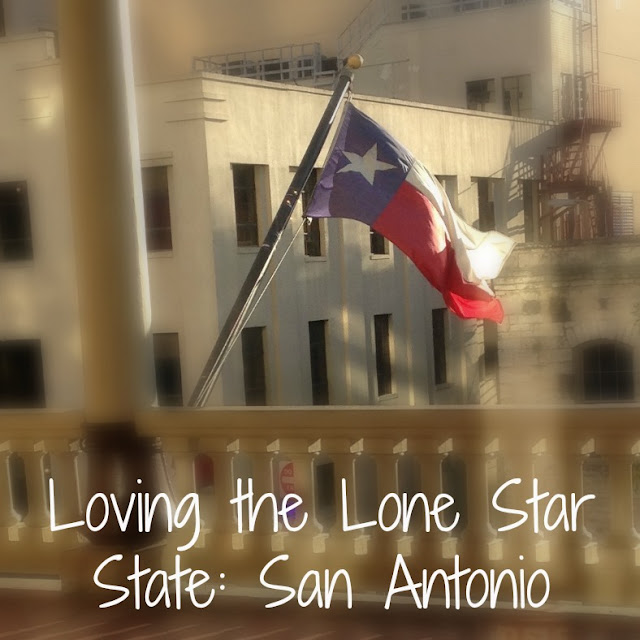 Where we stayed: We kept acting like high rollers and stayed at the St. Anthony. You may recognize it from the most recent season of the Bachelorette, a detail that was definitely a motivating factor for me wanting to stay there.

And as soon as we walked in, I could definitely see why they chose to film there. A lot of the hotel has been recently renovated and it’s got a really cool style. Lots of funky furniture and giant chandeliers make the lobby a really fun place to hang out. And the room had every modern touch you could possibly think of including a lighting system that entertained me for far longer than it should have. 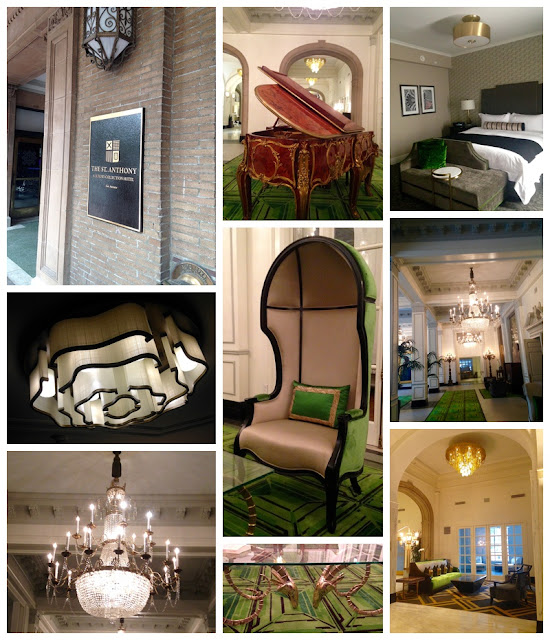 What we did:
The Riverwalk: I’m not sure if the Riverwalk is San Antonio’s most famous tourist attraction, but I imagine it’s top two for sure. I’d been a few times as a child and remembered it as very hot and crowded. Luckily for us, we visited in a bit of an off season so the crowds and the weather were more manageable. In a super cheesy tourist move, we bought tickets for one of the sightseeing river boat tours and I loved it! Our boat was super crowded so if you’d like a little more leg room, I’d suggest heading there early in the morning (like 9 or 10 a.m.), but I think it’s the best way to see the Riverwalk and learn all about its history. 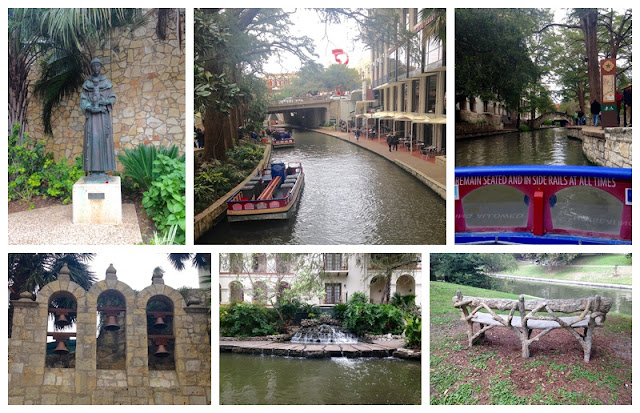 The King William Historic District: Everyone has something that makes them happy. Apparently for me, that’s a super fancy light switch and some old homes. We strolled our way through the King William Historic District on our way to the Alamo and I was in awe of some of the homes and their beauty. And apparently an old fashioned mail box. I’m glad A just goes with it. 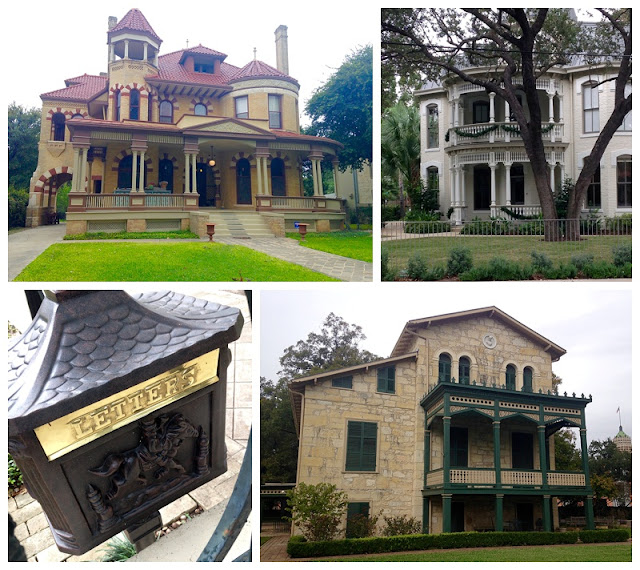 The Alamo: Remember the Alamo!!! The Alamo is a tricky tourist destination in that it’s super famous, everyone wants to go there and then there’s not a whole lot to see once you arrive. Don’t get me wrong, I have all the heart eye emojis possible for this place and its role in Texas history, but if you’re expecting a massive attraction, you’re going to be more disappointed than a Mexican soldier at the Battle of San Jacinto. History jokes…that’s what this blog has come to. I’m sorry.

However, A had never been and it’s a must in San Antonio so we toured the grounds and soaked up quite a bit of Texas history and the cologne of every man we came across (did I mention it’s almost always crowded?). Also, I highly recommend checking it out at night because it’s beautifully lit up and would be a fantastic photo opportunity. 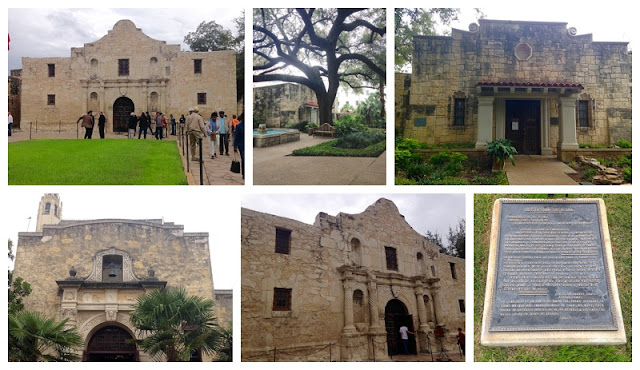 However, once we got there, it was a lot of fun. There are loads of different animals and apparently they’re getting giraffes soon! There are roughly 4 trillion birds which I was less than a fan of; trust me, the feeling was mutual. Just ask A to tell you the story of the growling chickens. No lie. I got growled at by a chicken.

The tigers were a personal favorite, as they were super active and very entertaining. I’d never seen a tiger move that much in real life as you normally catch them just sleeping or lounging around. Which I guess if I were a tiger who got fed on the regular, I would probably do too. I was also a huge fan of the giant tortoises, especially the big guy pictured below who was totally chilling during his bath. 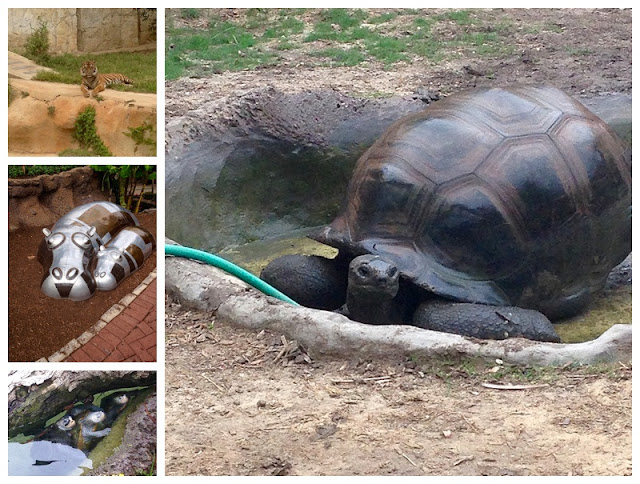 Where we ate: We definitely continued our eating tour of Texas in San Antonio, opting for as much Tex-Mex (specifically guacamole) as humanly possible. We definitely found a few gems, including quite possibly the best mac and cheese I’ve ever tasted.

Rita’s On the River: We stopped for guac, queso and margaritas “so good they’ll make you forget the Alamo” on our first afternoon in town. I obviously devoured everything so quickly that I didn’t take any photos and A asked for a margarita to-go cup. Our waitress politely declined that request which I appreciated, but safe to say everything was tasty, even if it wasn’t earth shattering.

The Guenther House: Everyone said this was the place to go for a weekend breakfast so off we went on the morning of our wedding anniversary! We took the Riverwalk to get there, but the restaurant isn’t technically on the river. This turned out to be just fine as the grounds were gorgeous, the food amazing, and the staff super friendly. I’d highly recommend eating here, but be ready to wait a while for a table. 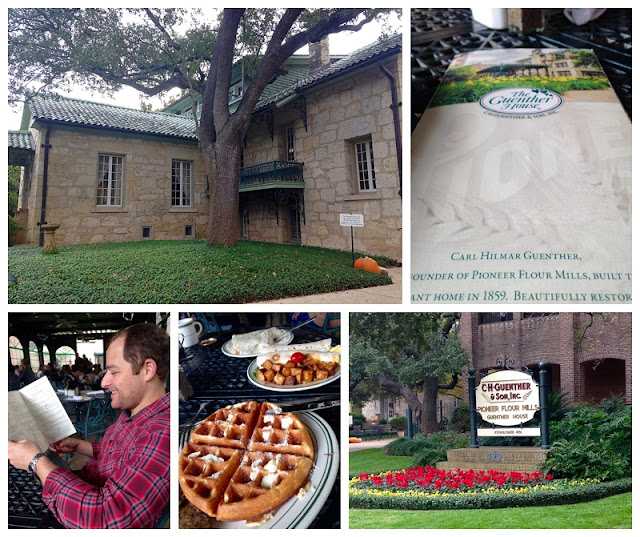 Mi Tierra: Our celebration of the best day ever continued at Mi Tierra where I ate the absolute best tortillas I’ve ever had. Seriously. They were warm and floury and just too legit to quit. So I didn’t quit eating them, even to take a picture. This place had another wait for a table and was a bit of a drive to get to, but it was very worth it. Definitely check this place out.

Bohanans: A was in charge of much of the planning for this trip and that included our anniversary celebration. And did he ever deliver! To celebrate one year of marriage (and a 7 month-ish separation), we headed over to San Antonio’s most famous steakhouse where we ordered more food than we had any business eating. But everything was so good! The mac and cheese, crab cakes and bananas foster were personal favorites of mine. If you’re looking for a fancy night out, this is your place.

Casa Rio: This place also came highly recommended and I think it was probably more for the location (it’s right on the Riverwalk) than the food. Everything was good, but after having Mi Tierra the day before, it was hard to impress us at that point. However, I still downed guacamole like there was no tomorrow. Sometimes you just have to take one for the team. 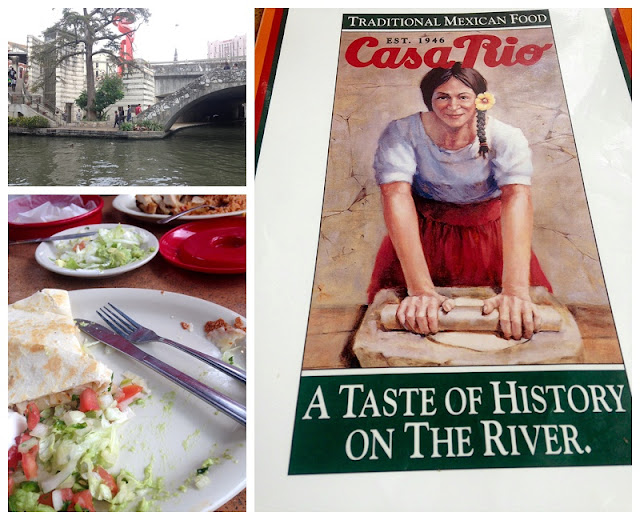 Chart House: A pulled off another surprise, this time for my birthday when we headed to dinner at the Tower of the Americas. The Chart House is a rotating restaurant high above the city and it’s awesome! The steak was quite possibly the best I’d ever had and A had a seafood pasta dish that I wanted to take home with me. Plus there was molten chocolate cake for my birthday. All the wins! 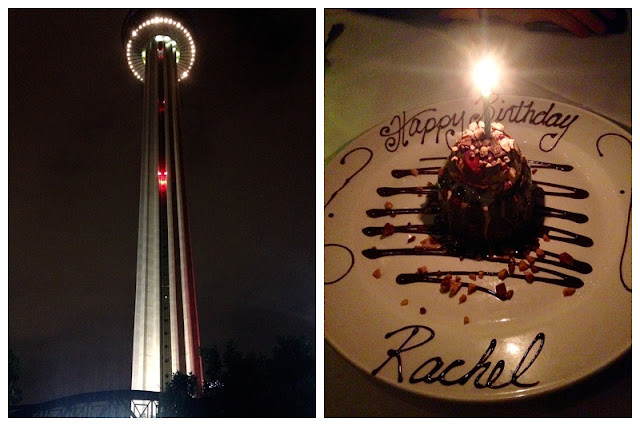 And just like that, Monday morning rolled around and it was time to head back to the real world, or at least as real as it can be when you’re still technically on vacation. We had so much fun in Texas and I can’t wait to head back and explore another city (or two)!