When I was a little kid, the doctors told my parents that, because of my asthma, I would likely never be able to run, exercise or even be terribly active with any kind of regularity.  For a long time, that was true, but one day about four years ago, I decided to no longer blindly accept their theory and began to run.

Ever since then, I’ve been putting my lung capacity to the test one mile at a time, proving quite a bit to myself as well as proving them wrong. Yesterday’s half marathon was the most recent of my running exploits and it may very well have been the biggest one yet. 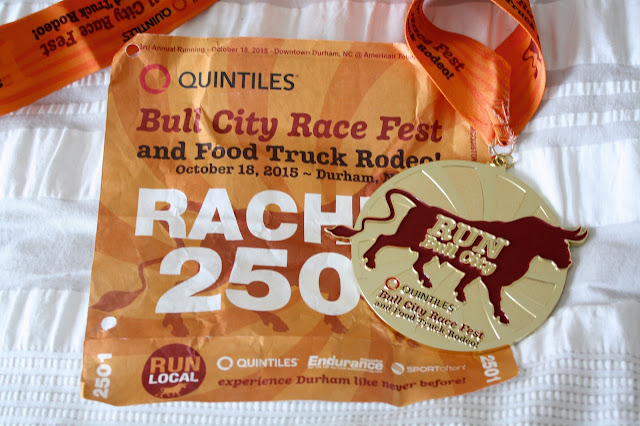 While I was in far better shape than my previous half marathon, this race held a few unknowns for me. I was not feeling great (fall weather isn’t all pumpkins and snuggly sweaters), the course was rumored to be pretty hilly and I was facing these 13.1 miles solo, without A, my biggest cheerleader. But I was bound and determined to complete the race by myself, just to prove that I could.  So I got up on Sunday before 5:30 (eek!) and made my way to the race, super nervous the entire way. 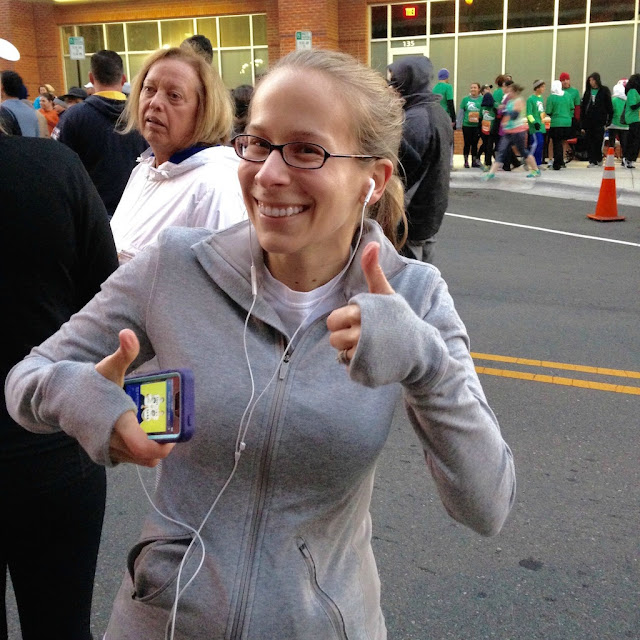 The day started super dark and cold, and stayed pretty chilly the entire time. Don’t be fooled by my thumbs up bravado, I was still really questioning how solid a life choice this particular race was. 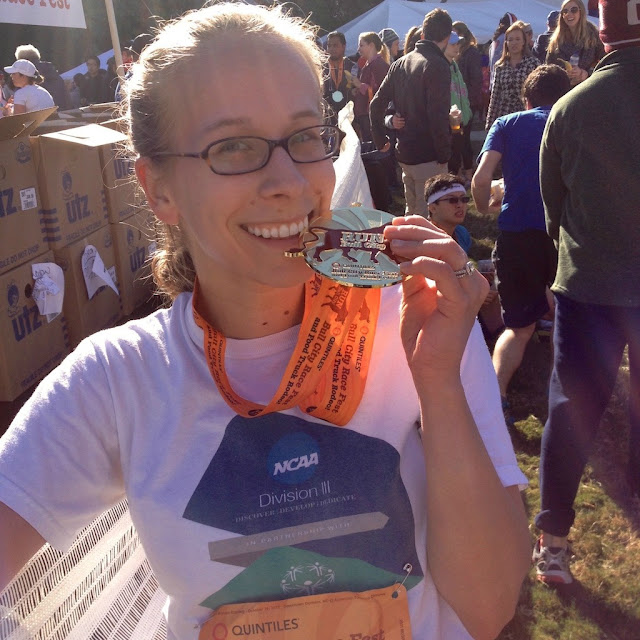 Luckily there are no mid-race photos to share because I know I was not very camera ready.  I think I realized that I could, in fact, do this whole half marathon thing right about the 7 mile mark and continued to feel really good until about mile 10. That’s when fatigue (and some legit hills) took its toll and I slowed way down.

But by that point, I could tell myself there was just a 5k left and so I kept plugging along, making it to the sweet, sweet finish line in a new personal record time and pace! In fact, I was able to shave almost 12 minutes off my time from my previous half!

I am so thrilled to exceed even my own expectations and got a very big confidence boost! Plus proving all those experts is kind of a perk too!

What have you been told you can’t do and how did you prove people wrong?