I debated long and hard about whether I wanted to write this post.  I was worried it would sound like I was whining or be overly dramatic.  I was worried that I wouldn’t be able to explain the huge range of emotions (both positive and negative) that I’ve felt since A left.  I was worried about a lot of things.

But then I decided to put those worries aside. This blog is about our life and A’s military career is a huge part of our life so separating the two is pretty darn near impossible. I decided to do it because every time I stumble across another military spouse’s blog I read something that resonates with me and in that moment, I realize that I am not alone. I hope that this post does the same thing for someone else. 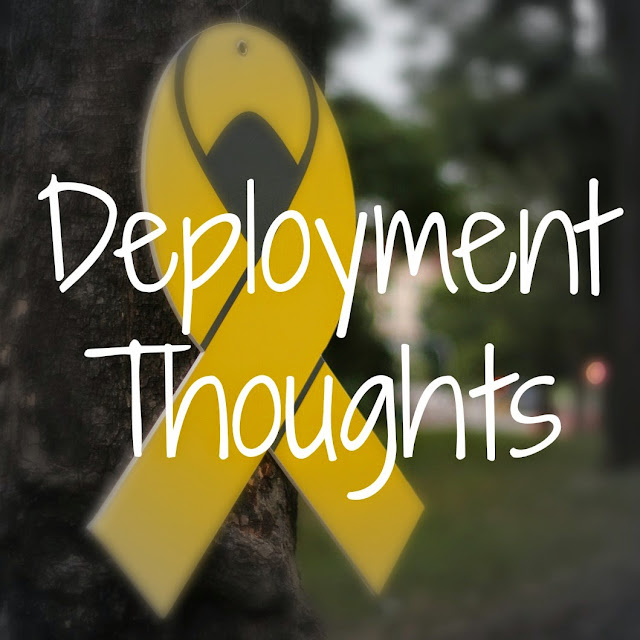 I’ve been spoiled in having separations on the shorter end of the spectrum, but this one seems especially daunting.  A few months is one thing, but to know someone is going to be gone for a half a year? That’s hard for me to wrap my mind around, especially when I still had us firmly in newlywed glow territory.

The time went too quickly after we got back from our honeymoon.  His departure date got moved up.  It came too soon. We didn’t get to do enough fun stuff! I didn’t have time to really prepare for it. But then again, I’m not sure I would have ever been ready, even if I’d had all the time in the world.

This is a constant one. It’s there in every weekend morning when chores are done solo. It’s there when I make too much dinner because I’ve forgotten how to cook for just one person. It’s there in the quiet house and empty bed.

4. I want to be productive while he’s gone.

I think last year I fell in to the “just get through it” mentality fairly early on. I was overwhelmed from the very beginning and didn’t ever really recover. Making it through each day took so much of my focus and effort that there wasn’t a lot left over for what I deemed “extra” stuff.  My hope for this time around is that I complete more projects, I take more trips, I have more fun and do more “extra” stuff.

5. This is harder than I thought it would be.

I honestly thought it would be easier this time around. I had proven that I could do it last year so somehow I equated that to breezing through this deployment. I was wrong.  It is every bit as hard as last time.  And maybe that’s not ever going to change.

Alright, fellow military spouses, what do you say? Will deployments get easier for me?