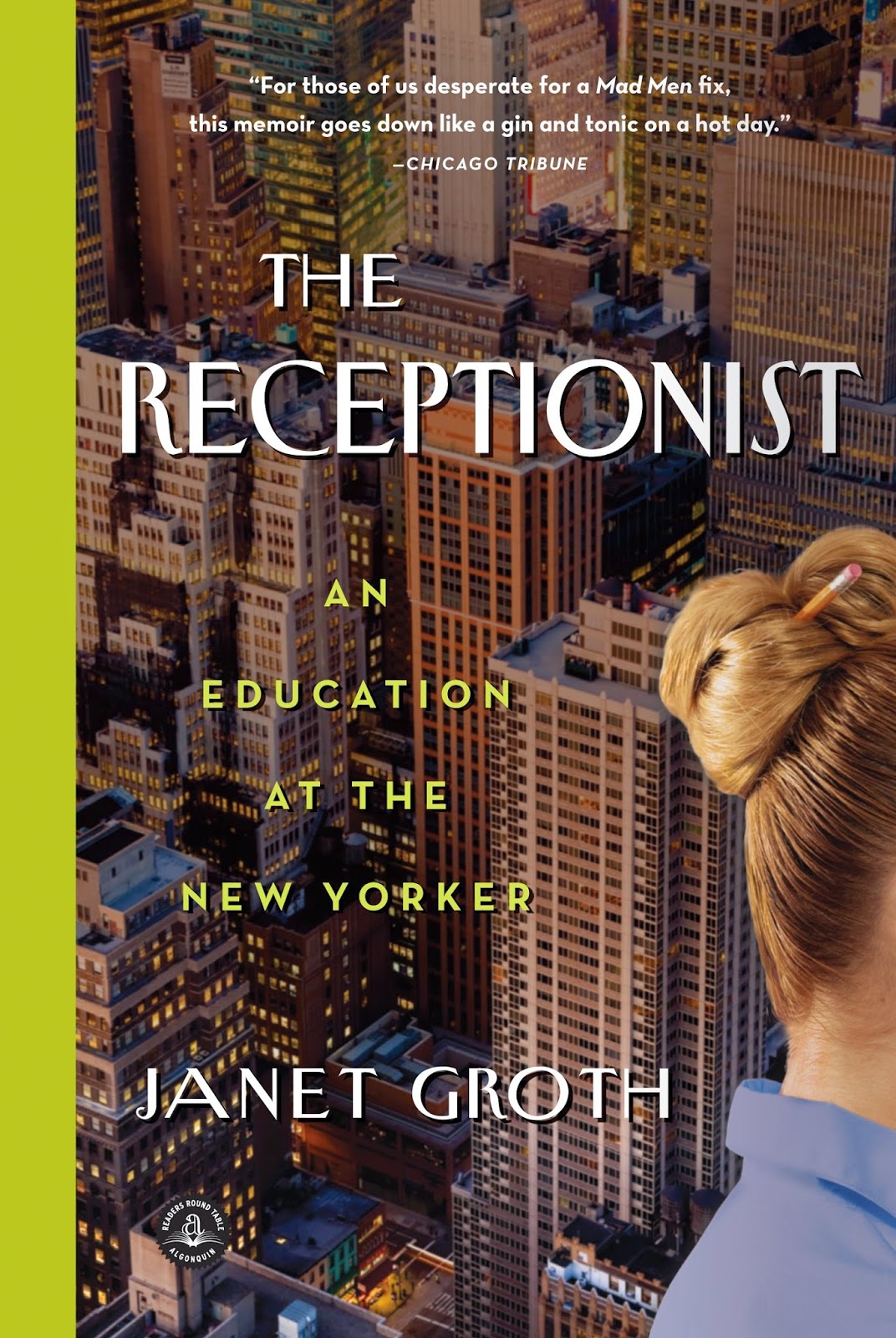 Happy St. Patrick’s Day! Before I get back to celebrating with an abundance of green foods, I wanted to share an update on my 15 in 2015 reading list.  My latest read was The Receptionist by Janet Groth.  It’s essentially an autobiography of the author’s 21-year career as a receptionist for The New Yorker.  During that time her job gave her a unique look into the lives, habits and downfalls of writers, illustrators and their friends.

Overall opinion: honestly, this book was not really my cup of tea.  I think I would have liked it better and found it far easier to follow if I’d known more about the writers she talks about.  My lack of background knowledge and the way the story jumped around made it hard for me to get a grasp on the characters and really sink my teeth into the book.
What I disliked: I was not a huge fan of the way the story was organized.  Instead of being told chronologically, each chapter was centered on a character.  Not my preferred writing style.
What I liked: I liked following (as best I could) her progression from uncertain newbie to accomplished and well-respected authority in her field.
Favorite part: My favorite chapter was the one where Janet becomes roommates with a fellow New Yorker employee. Janet goes through a lot of personal growth having an African-American roommate in the 1960s, the first time she’d ever done so.  Plus the roommate is quirky and one of the most entertaining characters in the entire book.
My recommendation: If you’re big into the literary and art scene, then this would be a great book for you.  I really think you need some background knowledge of this time period and its writers to really enjoy it.
Up next: The Fever by Megan Abbot.

What I read this month: July